Pushing Yourself to Find Your Ability

Today’s guest blog comes from John W. Quinn, author of Someone Like Me – An Unlikely Story of Challenge and Triumph Over Cerebral Palsy.   Our heartfelt thanks to Mr. Quinn for sharing his story. 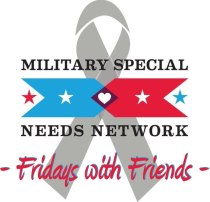 The word disability really bothers me.  Look at the word again.  I am not an English major, but I know that the prefix “dis” means the absence of.  So the word disability means the absence of ability.  If that’s the case, then yes, I have a disability.  I cannot do fractions.  In fact, when it comes to anything having to do with math, I struggle mightily.  When it comes to home improvements or car repairs, I don’t know which end of the screwdriver to hold.     Another disability.

But there are many areas of my life in which I am very capable.  Some big, others small.  Everyone has some ability to offer this world.  You just have to find it.  It might be hidden deep down inside you, just yearning to come out.  For my disabled friends, don’t let your handicap hold you back.  Don’t listen to the people that tell you it cannot be done.  My parents told me that I could do anything that I put my mind to and I believe that to be true for anyone, regardless of obstacles faced.  If you don’t push yourself to find your ability, who will?  Franklin Delano Roosevelt suffered with polio and became President of the United States.  Albert Einstein didn’t talk until the age of three and was severely dyslexic.  The English author/poet Milton lost his sight at the age of 43 and then wrote the classic tale Paradise Lost.  How about Bonnie St. John who won silver and two bronze medals in the 1984 Paralympic Games as a ski racer; graduated with honors from Harvard University won a Rhodes Scholarship to Oxford. Did I fail to mention that Bonnie has one leg?  What would the world be like if these people had given up?  Can you imagine FDR saying, “I can’t do it, it’s too hard.”

Have you always wanted to paint but thought it was a waste of time?  Perhaps you’ve felt a strong desire to get up on stage in your community theater but were ridiculed when you shared your dream out loud?  I have been laughed at.  Most people thought it was nuts for a guy with cerebral palsy to even dream of joining the Navy.  Mocking turned to cheers 20 years later when I retired as a Senior Chief Petty Officer. When I decided I wanted to write my memoir, some scoffed.  “You’ve never written anything before.  “What makes you think you can write a book?”  Well, Someone Like Me, An Unlikely Story of Challenge and Triumph over Cerebral Palsy is now available in bookstores!  It appears that I have the ability to put my thoughts down on paper is such a way that others enjoy reading them.

You might not become President of the United States, discover new math theories, or write an epic novel.  But then again, you might.  So I ask you.  What’s your ability?

John W. Quinn, Senior Chief Petty Officer, USN, retired, was born in Detroit, Michigan in April 1962 with cerebral palsy. One of eight children, John also had a strong desire to serve his country. So, in spite of his partial paralysis, two different sized feet, and the inability to walk prior to the age of four, John joined the United States Navy in January 1982 specializing in administration. He did it while keeping his condition a complete secret out of a deep desire to wear the uniform of his nation. Throughout his distinguished twenty-year career, he has sailed around the world on carriers, battleships, destroyers, and is a plank owner of SEAL Team THREE. His numerous military decorations include four Navy Commendation Medals, Joint Service Achievement Medal, and four Navy Achievement Medals. He is authorized to wear the Enlisted Surface Warfare breast insignia. Senior Chief Quinn is the author of Someone Like Me, An Unlikely Story of Challenge and Triumph Over Cerebral Palsy, which can be found in traditional, e-book, and audio formats here.  To learn more about John W. Quinn, visit his website at:  www.johnwquinn.com.